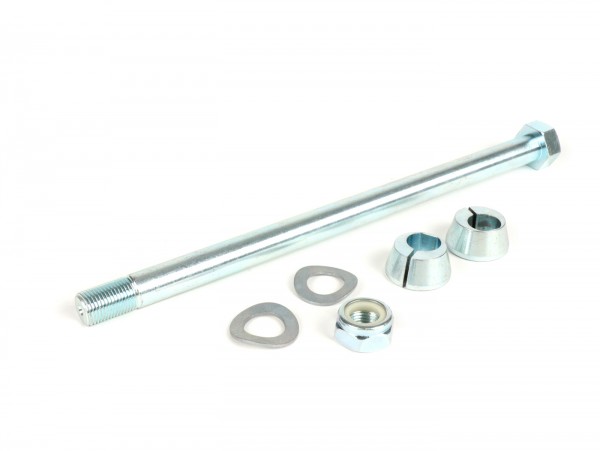 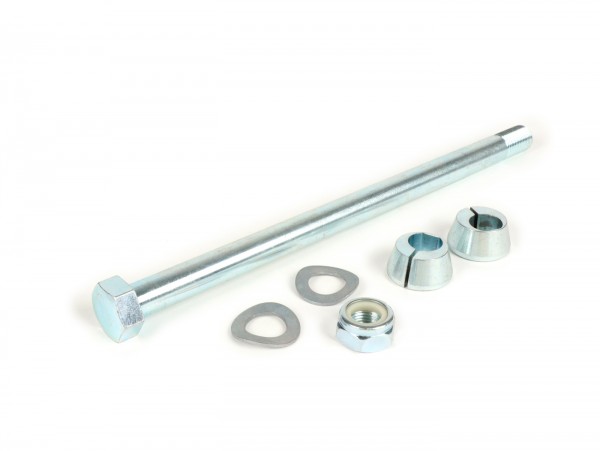 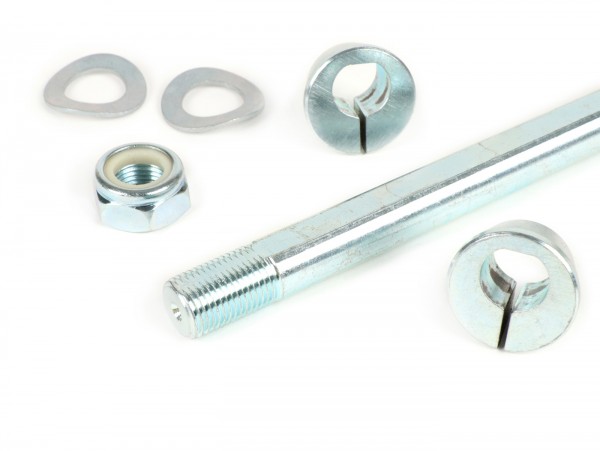 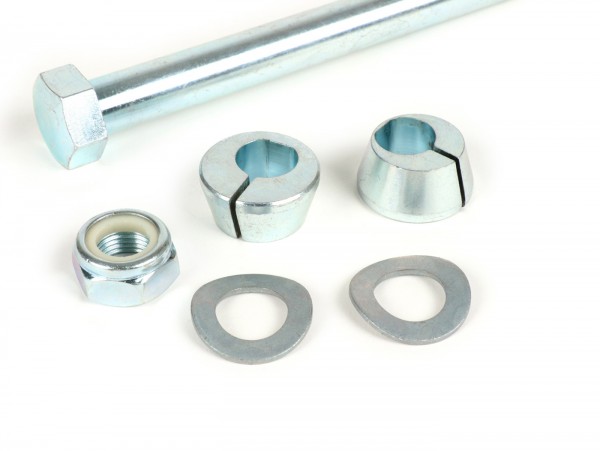 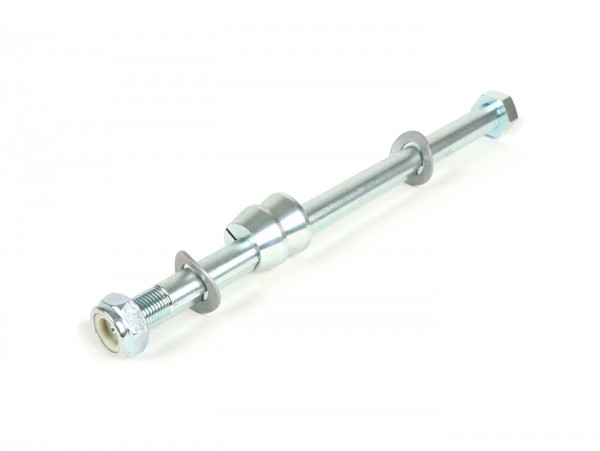 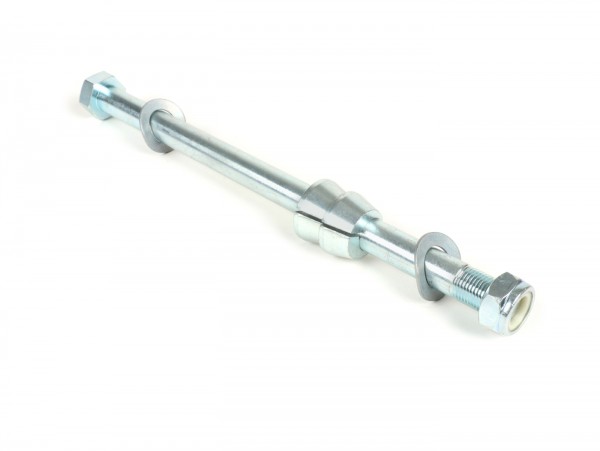 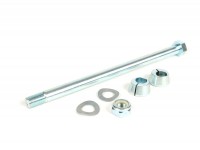 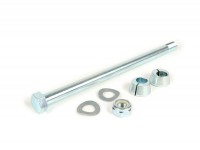 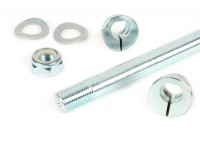 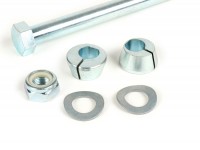 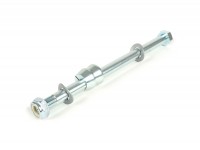 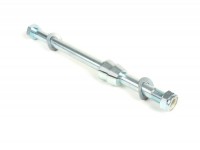 In stock: can be delivered or picked up in the store
Share
Share
Share
P For this item you get fidelity point/s
Description
Special high-precision FLAT SIDED main engine bolt set + pair of CP off-set cones + 2 washers +...Continue reading

Casa Performance just upgraded their best-selling fixed head engine bolt & offset cones kit. Offset cones are a necessity for most cases where a reedvalve kit is fitted to large frame Lambretta and the actual inlet manifold is so close to the main frame tube that it can actually touch during return suspension travel. The best case scenario is that this will cause untold vibration and make riding a misery and the worst case is that the manifold can break, with dire consequences. To get around this problem, offset frame cones are used to effectively lower the engine as the position of the holes where the engine bolt passes through are eccentrically drilled, thus moving the engine (and inlet manifold) away from the central frame tube.

Unlike most offset cones on the market, the Casa Performance cones are the wider type needed for use with Series 3 type engine mounts and the main engine bolt is not just a simple piece of bar with threaded ends: it’s also precision-machined along its entire length to avoid movement inside the actual engine mounts. To top this show off, one side also has a fixed nut head, so the engine bolt cannot spin when being tightened - thus risking to also spin the offset cones around in their seat, leaving your engine out of line with the frame. The only possible fly in the proverbial ointment could have been if the offset cone(s) moved when the scooter was in use, again moving your engine out of alignment.

Ever keen to make sure our products are right, CP have now added a flat surface along the engine bolt and had the 2 cones machined accordingly. This now means that there is absolutely no way the offset cones can move, even minimally, either during tightening of the engine bolt or when the scooter is in use. These new cones are also slotted on one side, as it was brought to our attention that on some non-Italian frames the recesses for cones can be slightly shallower.

The cones must be inserted into the frame with the slot facing directly upwards.

This all adds up to be the best offset cone & engine bolt set available on the market, bar none.