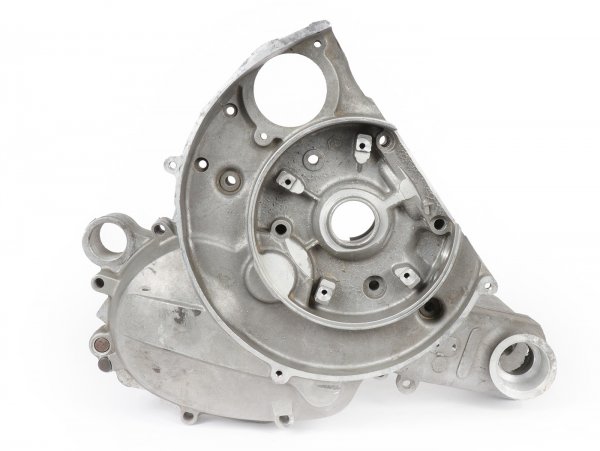 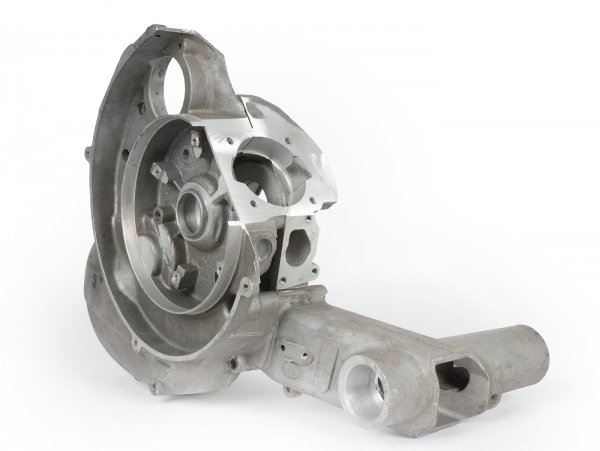 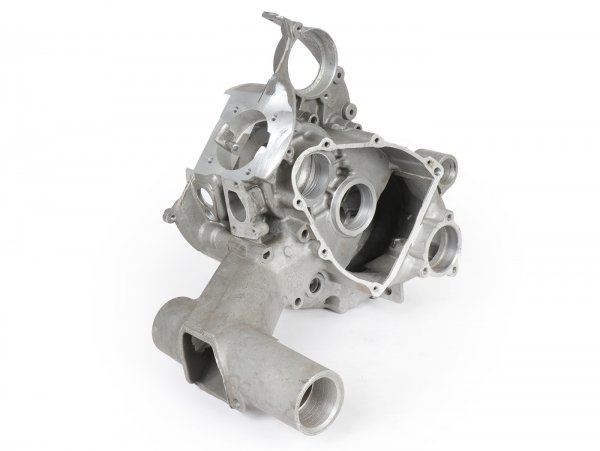 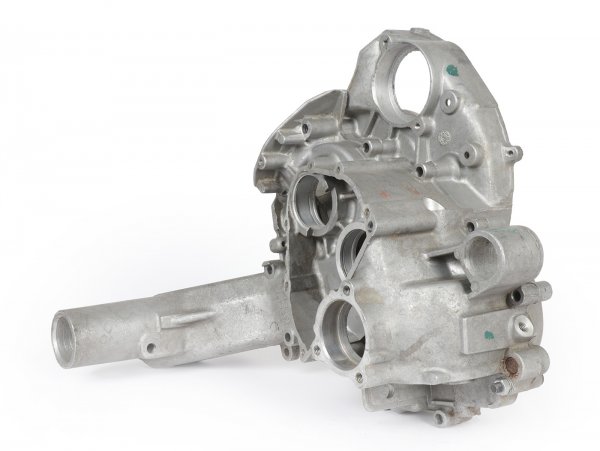 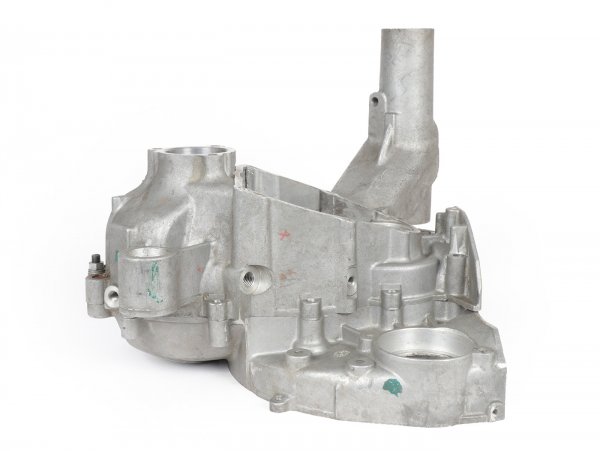 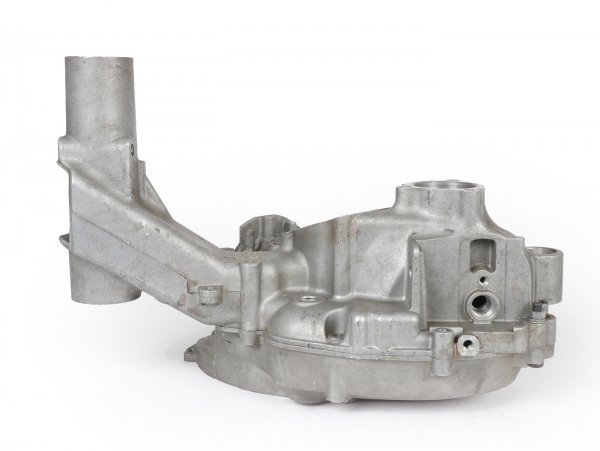 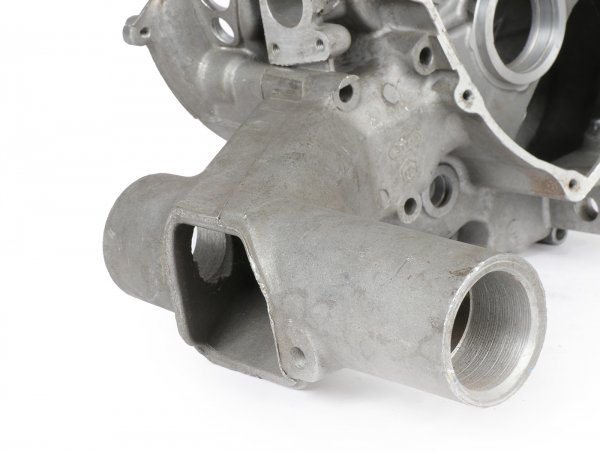 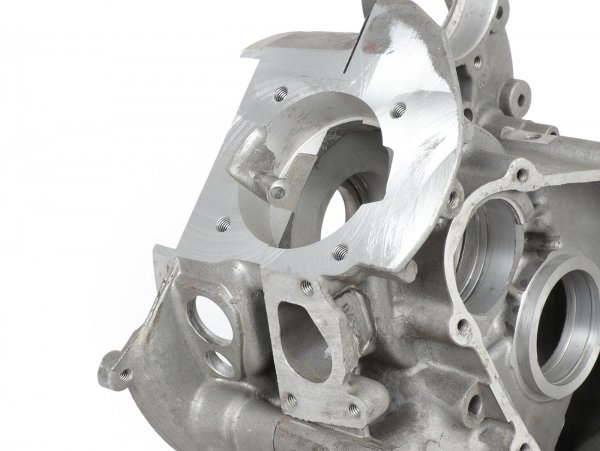 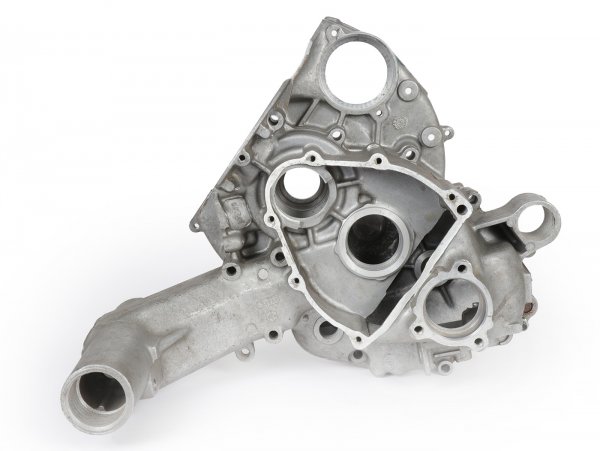 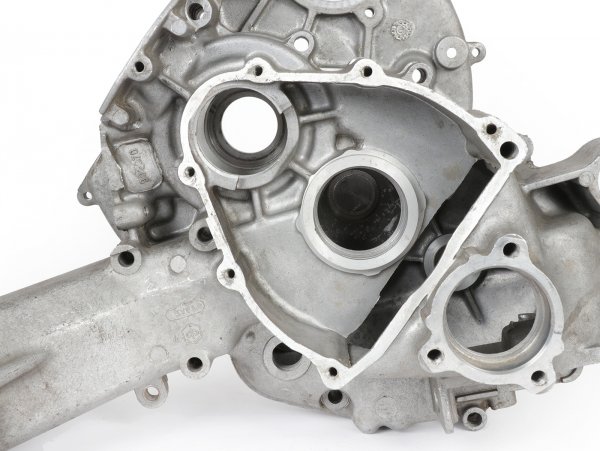 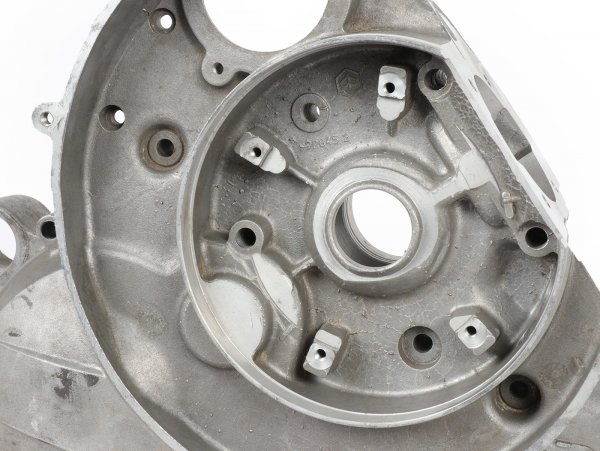 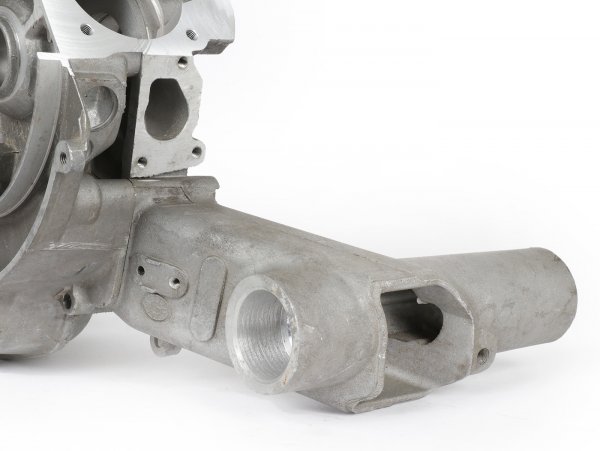 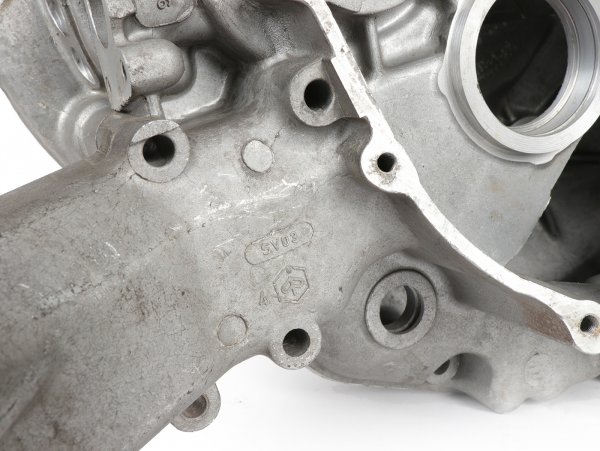 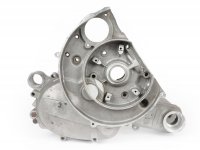 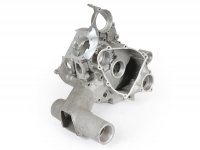 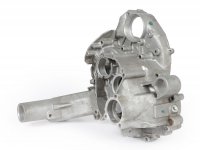 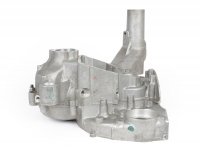 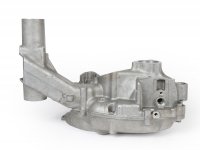 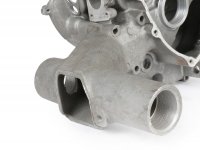 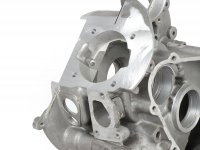 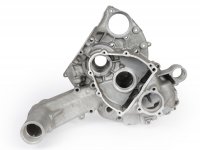 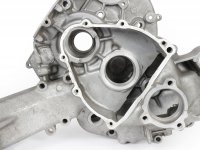 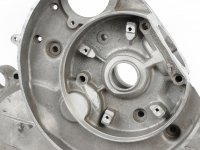 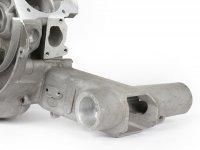 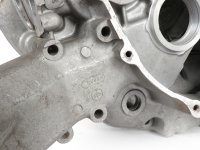 Original Piaggio engine case in so called NOS quality. This means that it is an unused new product that shows signs of ageing (e.g. dust, slight corrosion etc.) due to long storage.

The engine cases were produced in 1995 and were used for the last series of PK125 models (VMX7T).
They have therefore, for a tuning project interesting, features like:

The flattening of the cylinder base sealing surface (with simultaneous elimination of the upper housing crescent) enables the realization of larger overflow channels in the engine housing as well as the assembly of high-performance cylinders with large outer diameters in the area of the overflow channels. This otherwise necessary work of mechanically flattening the housing is no longer necessary when purchasing this motor housing. The missing 1.5mm can be used ideally around a longer stroke/different connecting rod length either by a longer stroke or by a longer connecting rod length.

This means that in this housing the particularly loadable PK ETS crankshafts with thick alternator stub (shaft seal dimension Ø24x35x6mm) are used.

The XL2 models use a desmodromic control of the gearshift with only one (rigid) shift cable. This means that the shift cable is not flexible but can absorb both pulling and pushing forces. To use the motor housing in a vehicle with two shift cables (V50, PV, ET3, PK S, PK XL etc...) simply use a conversion kit (e.g. 3333488).

The engine case is delivered without silent rubbers or studs. We recommend our stud sets from BGM (BGM27PK and BGM27141) and silent rubbers (BGM7954 and BGM7956).