In stock: can be delivered or picked up in the store
Share
Share
Share
P For this item you get fidelity point/s
Description
The LML motors are from the current production of the LML Star/Stella models. Almost identical...Continue reading

The LML motors are from the current production of the LML Star/Stella models.
Almost identical in construction to the Vespa PX motors, they are fantastically suitable as an inexpensive and reliable exchange motor. They are available as 125cc / 150cc version, some of them also with electric starter. All LML motors offered by us are mixture lubricated, i.e. they are operated with a 1:50 oil/petrol mixture. Thanks to the Vespa modular system the LML motors fit even in Vespa models from the early 1960's onwards.

UPGRADE
Technically and qualitatively the LML motors are on the latest level.
They offer a contactless ignition system with a strong 12V alternator.
With a motor exchange the active safety of the scooter (reliability, better light, better performance) is significantly improved.

PASSEND
The suspension points of the LML engines correspond 1:1 to all largeframe models built from about 1962 onwards. Largeframe Vespa is the name given to those models whose front engine mount is 220mm wide and whose carburettor is located under the right-hand side cowl.
This starts with the VNA/VNB Vespa over the Sprint and GT/GTR up to today's PX models, to name only a few (see also "pay attention" menu item)

NOT FITTING
Not fitting are the engines in the so called Smallframe and Wideframe Vespa.

>strong>InSTALLATION IN PX/LML
If you want to install such a motor in a PX, you only have to adapt the cabling or adjust the possible

InSTALLATION IN OLDIE e.g. VNB/VBB/SPRINT/SUPER/BAJAJ etc.
Here the wiring harness must be converted to a controller-supported electrical system. The former self-regulating electrical system is replaced by a much more powerful on-board power supply with voltage regulator. For this purpose use our conversion wiring harness and voltage regulator (see accessories):Ready-to-install complete engine (without gear oil) 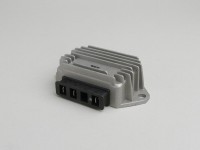 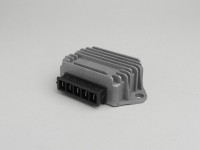 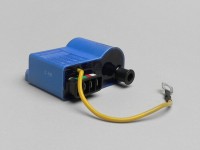 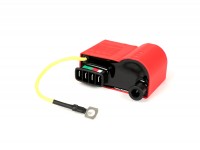 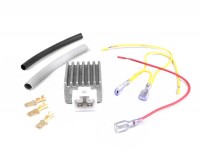 Voltage regulator -4-plug BGM PRO 12V AC/DC- universal
In stock: can be delivered or picked up in the store
€28.95 *
*incl. VAT plus shipping costs 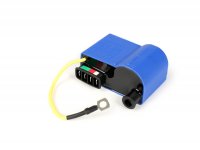 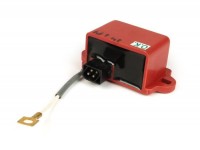 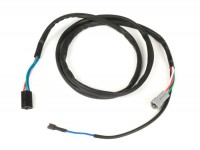 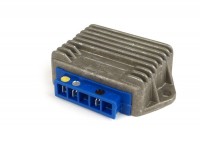 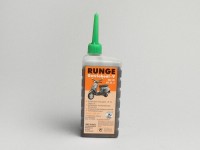