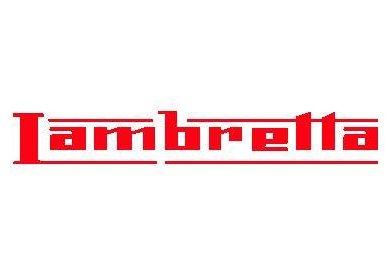 The TV was Innocenti's new flagship, but it was not without problems as the engine had a few design flaws, especially the clutch was too weak. Still it was a milestone for Innocenti, forming the link between the old D models and all later models of the LI series. After only 10.086 scooter built, production of the TV Series I ceased in December 1958.

So the task of becoming the actual forefathers of all Lambrettas to follow was taken over by the “bread-and-butter” versions, the 125 and 150 LI, where all the design flaws of the TV had been done away with. Both engines were totally reliable and made the LI Series I a great commercial success for Innocenti with more than 150.000 scooters produced. The engines were already very similar to the usual LI type, even if the first models came without a chain tensioner and only one oil seal in the mag housing, which was lubricated by the petrol/oil mixture. This was changed during the production run at the same time when the oil thrower under the front sprocket was added to ease life for the drive-side oil seal. Both the chain tensioner and the grease-lubricated flywheel bearing became standard with all subsequent Lambrettas, so that the final design of the Lambretta engine was reached further improvements mainly were aimed at strengthening certain parts like the crank and its bearings.

Apart from minor differences the bodywork of the LI is identical to that of the TV 175. The little design alterations are rather there to highlight the status of the models. For instance, the LI 150 had alloy floorboard strips with rubber inlays and end caps, while the LI 125 only came with simple alloy ribs. The handlebar-ends were painted at the 125, while they were from polished alloy at the 150. The rubber parts and cables are grey at both models, with the notorious exception of the black stand feet and kickstart rubber of course. Not to forget the gasket under the rear light, which is coloured white. Colour schemes are two-tone grey for the LI 125, while the LI 150 boasts a number of options, including two-tone versions with grey base and blue, green or red side-panels and horncasting.

The air intake is now between the seats via an airbox, with an oval air filter. The tank vent is now through the filler cap. The brake-pedal receives a small splashplate.

Horn grille is a separate piece screwed into the horncasting, the ball-bearing in the mag housing is replaced by a roller bearing. The splashplate at the main stand is introduced. The centre hub at the rear hub is secured by a locking washer.

The adjustable levers are discontinued.

Description
Lambretta TV 175 Series 1 The TV was Innocenti's new flagship, but it was not without...Continue reading