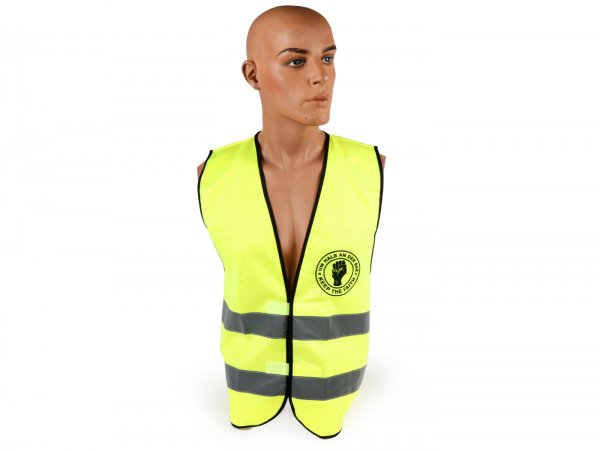 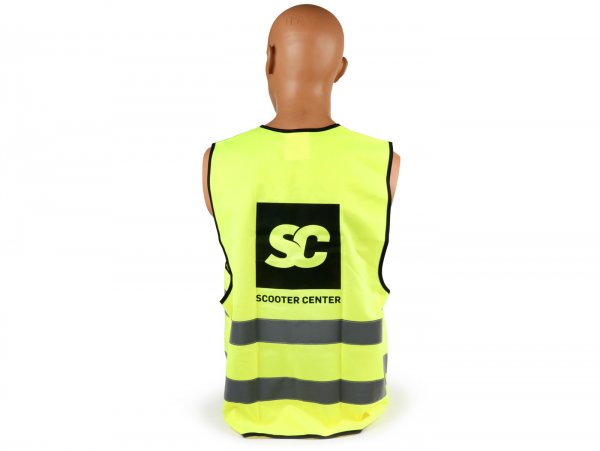 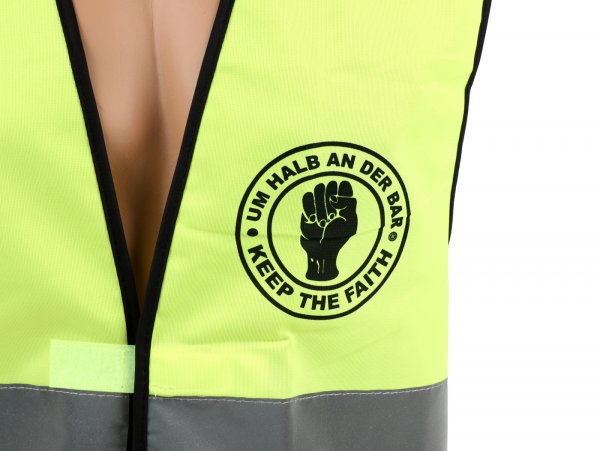 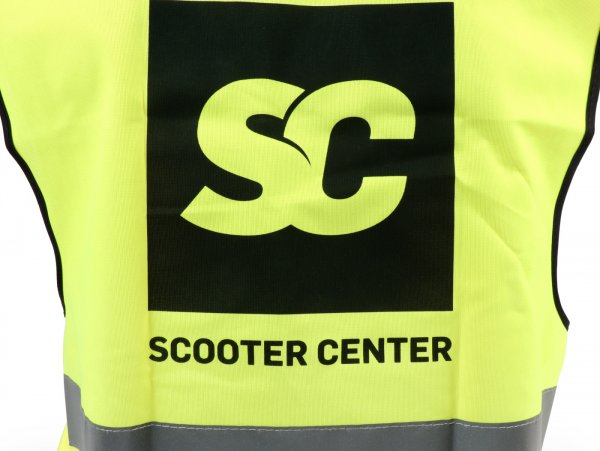 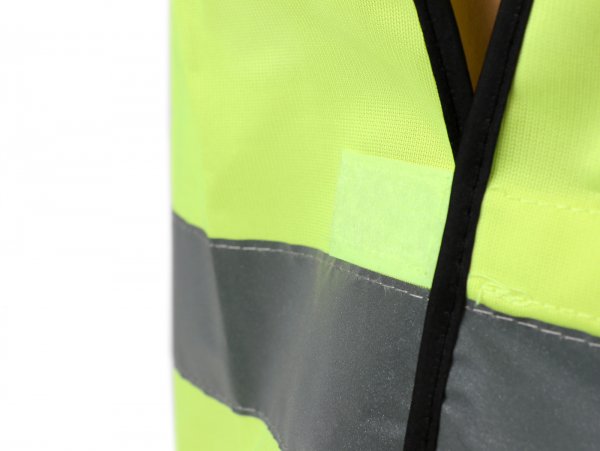 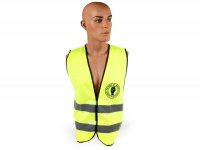 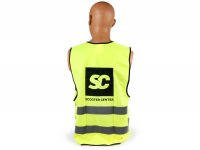 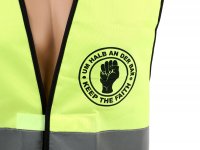 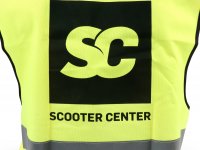 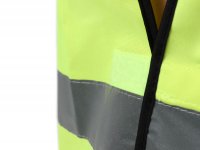 In 2015, a horror message shakes the German scooter scene: Markus R. leaves behind on his Vespa, wife and newborn child in a fatal wildlife accident. Spontaneously, the scooter scene organised a fundraiser for his wife and daughter. Vespa and Lambretta friends helped quickly and without bureaucracy.

A tragedy that can suddenly hit everyone through no fault of their own. In the course of time, a few more scooter drivers were involved in accidents. Some of them will never be "AT THE BAR HALF" again...

A slogan well known in the scooter scene, which leaves an exact time to arrive at a scooter run or niter and meet friends and like-minded people on site.

Northern Soul Fist - Symbol of the Norther Soul Scene
The Black Fist has its origin in the USA, as a symbol of resistance of the African-American population during the independence movement of the 60s+70s.

Black gloves were also worn by Northern Soul dancers in the 70s during their acrobatic moves on the dance floor. In addition, black leather gloves for scooter riding were probably very popular with the mods. So it became a distinctive mark for Northern Soul events and a symbol of the scene. It quickly adorned posters and flyers of the events and as patches on bags and jackets of the followers of this youth movement. Until today it is still a symbol for Northern Soul lovers and therefore very popular in scooter circles.

In stock: can be delivered or picked up in the store
P For this item you get fidelity point/s
Share
Share
Share
Description
What's " FROM THE BAR"? In 2015, a horror message shakes the German scooter scene: Markus...Continue reading