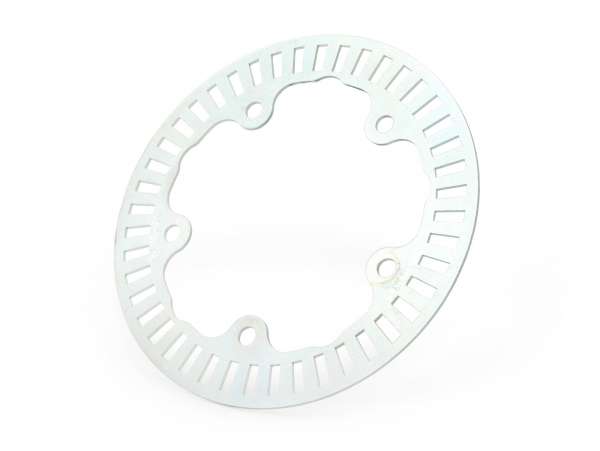 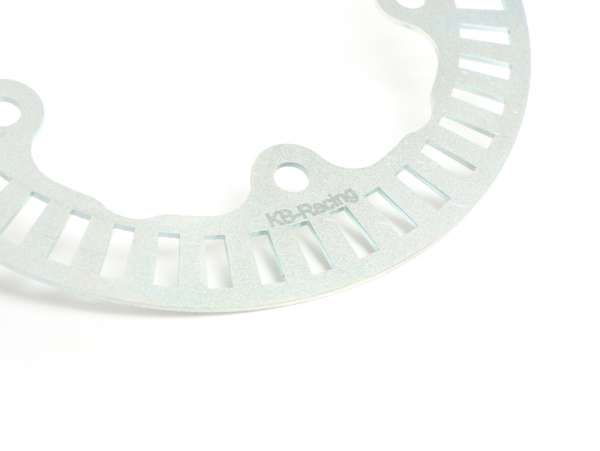 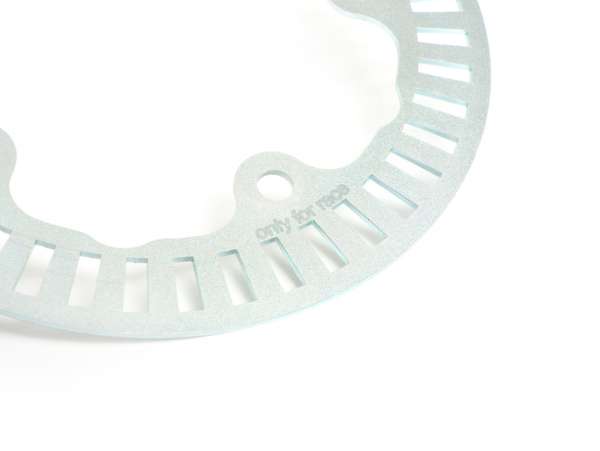 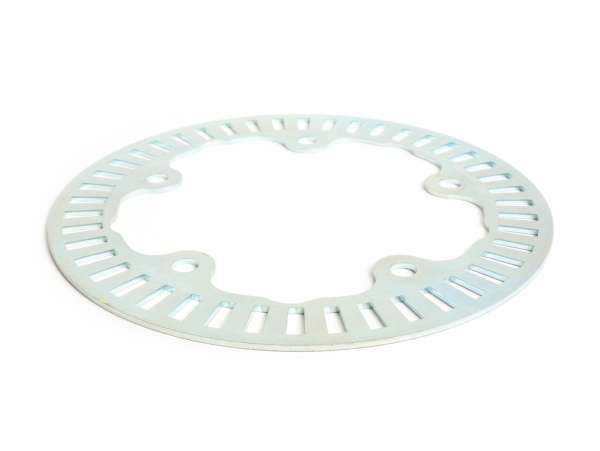 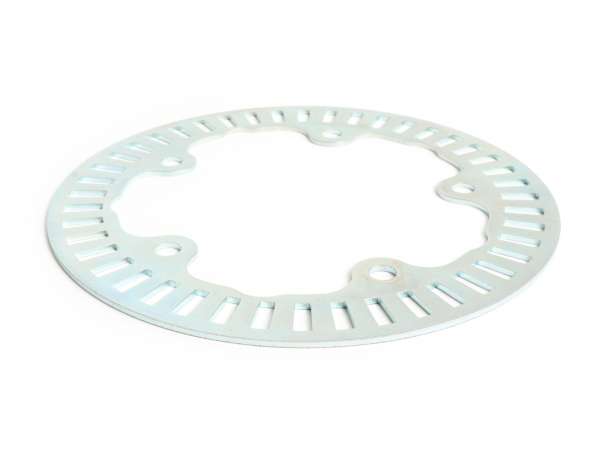 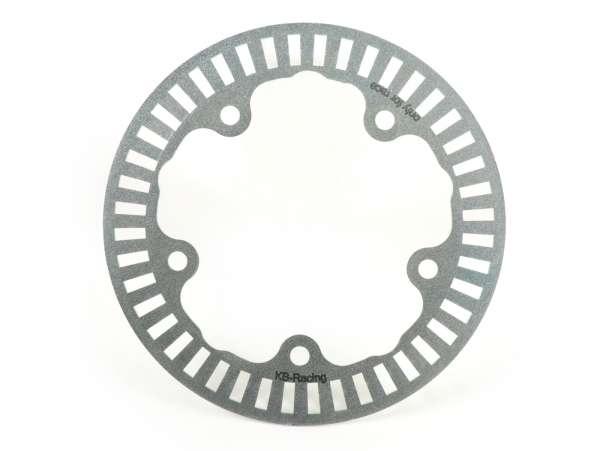 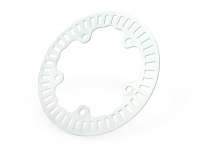 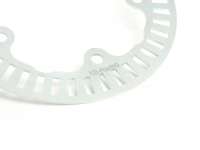 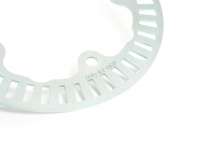 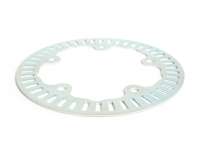 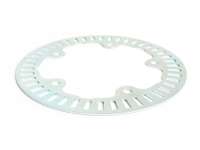 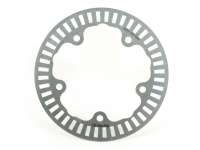 In stock: can be delivered or picked up in the store
Share
Share
Share
P For this item you get fidelity point/s
Description
SPEEDWHEEL - Ingenious tuning part for more top speed from KÜBLER RACING for Vespa GTS HPE 300...Continue reading

10km/h faster without changing anything on the engine?
With the modified tone wheel from Kübler Racing this is possible without any problems.
The tone wheel is a slotted steel disc on the rear wheel.
This is used to determine the wheel speed for the ASR/ABS control.

SPEED LIMITER
The Vespa GTS HPE has more power at the rear wheel than its predecessors, the final speed unfortunately does not benefit from this due to an early limiter. This is partly due to the speedometer display, which shows a somewhat strong advance. At real 120km/h the speedometer already shows 130km/h.
From a speedometer of 130km/h the on-board electronics regulate consistently.

final SPEED
This is exactly where the new tone-wheel from Kübler Racing comes in. What at first sounds like magic is ultimately simple physics. The new tonewheel has a modified geometry, which means that the exact, real speed is now transmitted to the control electronics. Now the displayed 130km/h are real 130km/h on the road. The speed limiter therefore also takes effect 10km/h later, although the speedometer shows the same amount as before the conversion (130km/h).

Ideally, the higher final speed can be confirmed by a comparison using GPS speed measurement (e.g. via mobile phone) before and after the conversion.

In the stored performance diagram you can see the difference between the speed limiter before and after the conversion.

MONTAGE
For the conversion, the exhaust and the swing arm on the right side of the vehicle (in the direction of travel) are removed. After the simple exchange of the tonewheel (at the rear wheel rim bolted by 5pcs. M6x20 hexagon socket screws) only the ASR system is recalibrated, that's all. The recalibration can be done by yourself with the help of our, under 'Downloads' deposited, instruction. 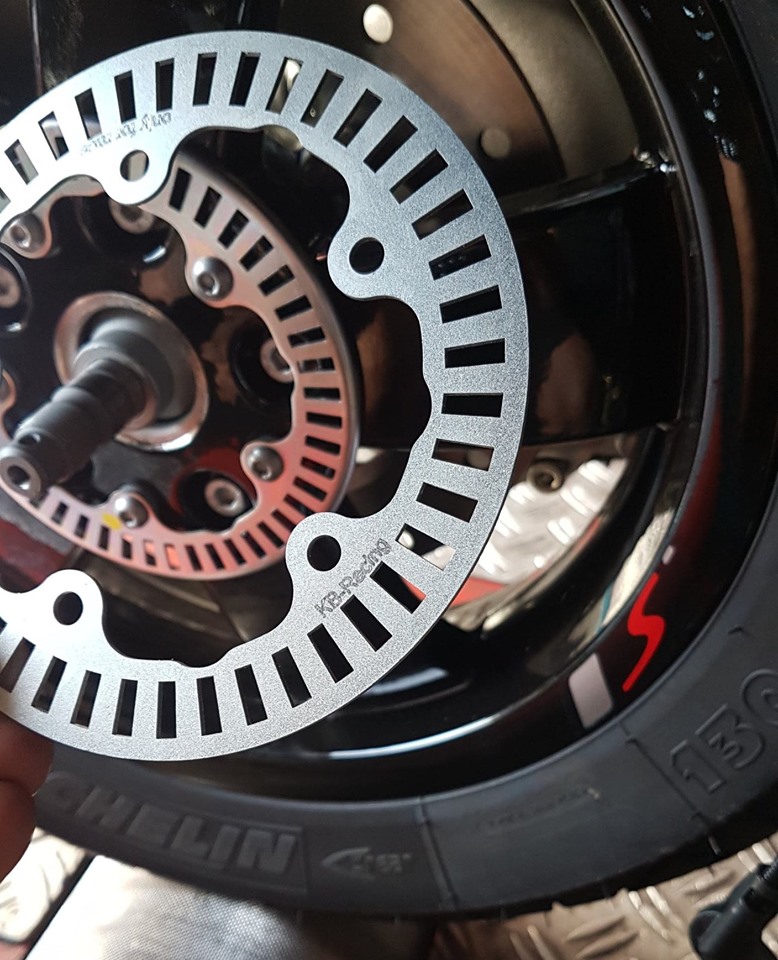 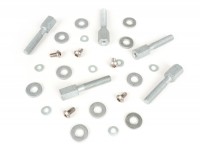 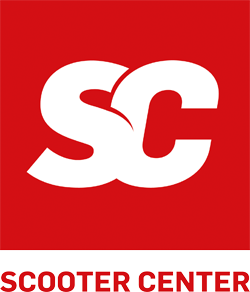 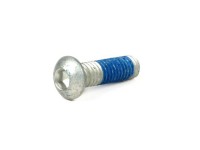 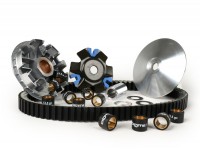