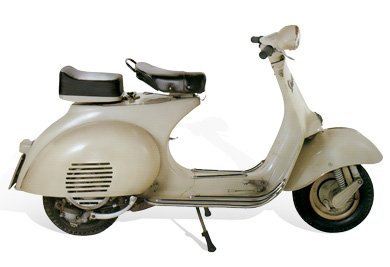 With the Vespa 125 of 1958 (VNA) the era of the Largeframe models begins. The most striking feature is the disappearance of the flap in the passage under the seat. Overall, the frame is not only narrower, but also much lighter. Thanks to the new production process, the body is now made from two half-shells of sheet metal. The front fender is also made from two parts and welded in the middle. These are characteristic features that can now be found on the Vespa.

Also the engine is much more compact, because the swing arm is integrated into the body. Other details, such as the kick starter mechanism and switch box are to prove to be groundbreaking innovations. On the VNA the steering head is split and after removing the upper steering head cover all operating elements are freely accessible. A quite practical solution, especially as neither speedometer nor speedometer shaft are in the way, as these are not yet part of the standard equipment. The brake drums are made of aluminium and have a cast-iron inner ring and the moped comes with 8-inch tyres. As standard the vehicles are delivered with single caliper and luggage rack. The caliper cover is dark green, the Vespa lettering on the leg shield is dark blue. 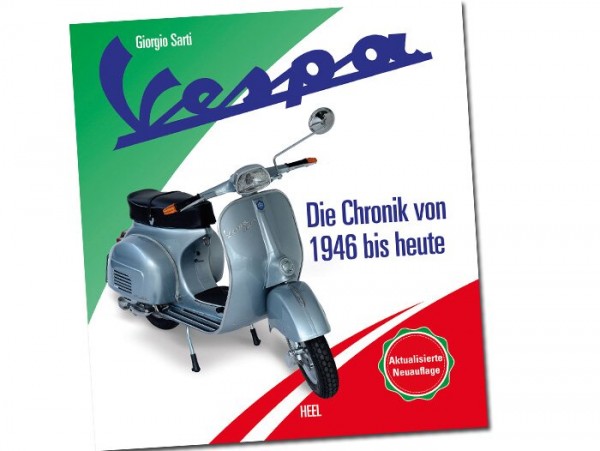