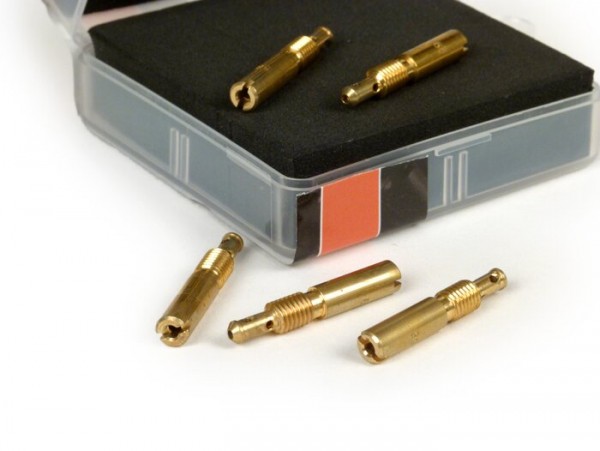 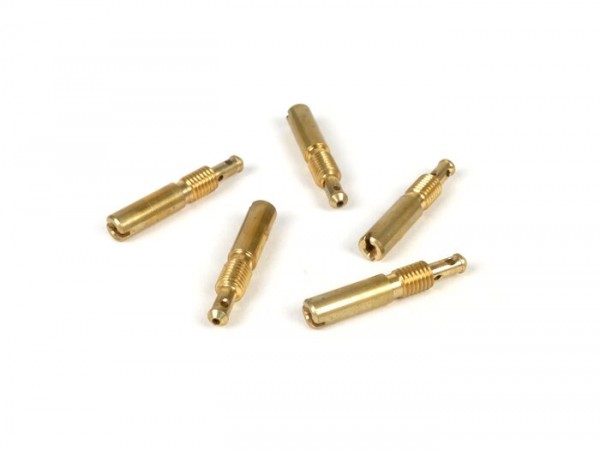 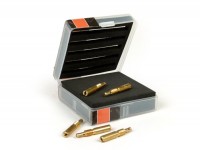 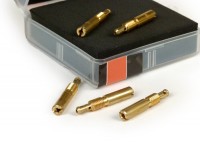 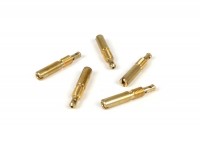 In stock: can be delivered or picked up in the store
Share
Share
Share
P For this item you get fidelity point/s
Description
The side jet of the SI carburettors does not have the simple function of a conventional jet, i.e....Continue reading

example case br /> A 200cc engine should have a fatter side nozzle. According to the old system a 52/140 was chosen instead of the standard 55/160.
The nozzle with 52/140 (2.69) has a smaller bore for the gasoline (52) compared to a 55/160 (2.91), but at the same time a smaller air nozzle (140). The smaller air nozzle greases massively from the middle speed range, but the smaller petrol hole becomes thinner from idling. Thus one receives a nozzle which behaves more leanly up to the center of revs, but greases clearly afterwards. This means that a ringing in the middle of the rev range can usually not be cured with such a nozzle. A 58/160 would be better, such oversizes are available from BGM or Pinasco. The range has been extended here to 68/160 and thus covers, for example when using air funnels, the necessary fatter auxiliary nozzles.

INFLUENCE RANGE
It is important to know that the influence range of the auxiliary nozzle extends over almost the entire speed range. At higher speeds and full slide valve stroke, the proportion of mixture of the secondary nozzle in the total mixture is relatively low but still clearly measurable.
If the proportion of air nozzles is reduced (i.e. instead of 160 a 140) the engine will run richer on top and vice versa. Likewise, with a smaller gasoline hole in the side nozzle, the engine will run significantly leaner when pushing and accelerating out. 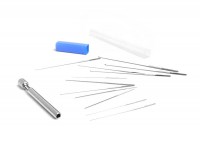 Jet reamer set -UNIVERSAL Ø=0.6-1.9mm- 12 pcs
In stock: can be delivered or picked up in the store
€29.90 *
*incl. VAT plus shipping costs
Recently viewed items
This website uses cookies to ensure you get the best browsing experience. Find out more
Ok, I agree